​Chameleon Gallery is pleased to present the group exhibition, Longing. With the increasing number of digital media in our daily life, on the one hand, we have more tools to memorialize the events happened day to day and preserve the history in the past. On the other hand, these external tools inherently become part of the representation of the past. In the discussion about fetish, Sigmund Freud mentions that “the part of body is substituted for the whole, or an object is substituted for the past.” In order to achieve wholeness, the longing for the substitution never ceased. Documenting and reconfiguring the past is the nature to us that we need them to fulfill the incompleteness for the desire of wholeness. These external objects in the digital epoch are not just physical existence, but also virtual content. Longing features two virtual reality experiences created by artists Pierre Friquet and Miao Tian & Yang Liu, and the 3D printing installation made by artist Luke Ikard. These artworks that utilize cutting-edge technologies pursuit for connection with a nebulous end.

​In accompany with the group exhibition, Chameleon Gallery will also feature multiple VR experiences which will be available on SteamVR for free soon. The works include Ana Knezevic’s  Voiding the Void, Sara Tirelli’s 360-degree film Medusa, and WareHouse, which is a collaborative project between Chameleon Gallery and emerging young artists, including Sicheng Wang, Wenkai Li, Nandan Sam He, and Chuxi Guo.

Patterns is a supernatural horror psychedelic experience narrating the reemergence of a repressed past.  Walter plunges into a hypnosis session to investigate why he feels dispossessed from his own body. Through memories, imagination and a recurrent nightmare he travels on a mental journey to decipher bizarre signs his own past. What Walter encounters is a family secret in the form of a monster that goes on a rampage in the sewage of his ancestral house. Once the viewer puts on the headset, they are within the mind of the protagonist, exploring his suppressed memories, contained within rooms of a Victorian house. Within room-scale VR, they are able to walk from memory to memory, bearing witness to the unfolding of events. In many ways it can be compared to interactive theater, but the viewer has a much more personal journey as the mind of the protagonist reacts to their presence.

About Artist
Pierre “Pyaré” Friquet is a digital artist creating immersive experiences. A passionate in virtual reality since 2010, Pierre Friquet has directed more than a dozen VR fictions, documentaries, music videos, Augmented Reality App, dome and location-based experiences. Currently he develops original content for water-proof VR headset. Via his work he’s driven by proposing to access a world within our world, and exploring a self within the self. Being a cognitive art VR he hacks the mind and creates tricks to reconnect with a sense of being present within our body. His VR original fiction (co-created with Ando Shah), JETLAG, won the best live-action award at the Kaleidoscope VR festival ​Vol. 1 ​and was selected at Cannes Next in 2016​. RED PATTERNS, a room-scale VR experience for the HTC Vive, was selected at the World VR Forum and was awarded at the Festival du Nouveau Cinema in Montreal. After living in India, South Africa and Canada, he’s now based in Paris, France.

Urbangazer lets people see an otherwise absent starry sky above Manhattan in Virtual Reality. By laying down, a real time virtual starry sky appears on top of manmade dazzles of New York City. While the artists are searching for ways to reconnect to their childhood stargazing experiences, the question remains: in this post digital age, why are we constantly finding ourselves yearning to reconnect to the experiences we lost pre-technologies?

About Artist
Yang Liu is a 3D interactive engineer and a new media artist, Yang Liu is exploring the paradigm and possibilities of immersive interactions in VR, AR and future video games. He works at thatgamecompany and is part of the launch team of mobile game Sky: Children of the Light. He worked at Oculus before, and his past work includes tools to plan drone trajectory in VR/AR, immersive experience of walking in a city and various sound tools.
Miao Tian is an interdisciplinary interaction designer. She concentrates her work on spatial experiences, and has a special interest in integrating physical and virtual spatial design. Miao attended New York University's Interactive Telecommunications Program, known as ITP, where she received her master's degree. She also holds a Bachelors of Architecture with a minor in Industrial Design from Virginia Tech.

Using video footage taken while walking through his childhood home that had been sold and emptied to prepare for the new homeowners, Luke Ikard digitally reconstructs memories with objects that serve as portals to a lost childhood. Honoring a love of craft instilled in him by the generations of carpenters in his family, Ikard creates 3D printed interpretations of the objects that furnished his former home. Using these renderings of tables, couches, beds, and nightstands, Ikard explores the distortion and authenticity of his memory recall. Inspired by Susan Stewart’s writings (On Longing) detailing the mental and emotional experiences that relate to the human body through the miniature, the collection, and the souvenir, Ikard uses fragmentary home-like installations to give memories form through furniture, evoking a disquieting sense of anxiety and loss. In these works, everyday objects are narrated to animate or realize certain versions of a past home.
​
About Artist
Luke Ikard  is a multidisciplinary artist based in Baltimore, MD, where he is an Artist in Residence at the School 33 Art Center. He is an Adjunct Professor at George Washington University, Carroll Community College, and the Maryland Institute College of Art teaching multiple courses in 3D design and new media. He completed his MFA in Multidisciplinary Art from the Mount Royal School of Art at the Maryland Institute College of Art in 2017, and received his BFA in Studio Art from Sam Houston State University in 2014. Ikard was recently selected as a 2018-2020 Hamiltonian Artist Fellow in Washington, DC. He received the 2015-2017 Merit Scholarship from the Mount Royal School of Art. His work is part of the College of Fine Art and Mass Communication permanent collection at Sam Houston State University. Ikard has also produced site-specific work at the Sam Houston Memorial Museum Park and has exhibited throughout the United States. His work has most recently been shown in group exhibitions at Maryland Art Place, School 33 Art Center, Hamiltonian Gallery, and the International Art Gallery in the Baltimore/Washington International Thurgood Marshall Airport.

Artist: Yihan Chen, Lan Shi Otayonii
​
In the closing reception, Chameleon Gallery presents two live performances, Emotions on Line by Yihan Chen, and Automaton Alive by Lane Shi Otayonii. In Chen’s performance, she performs with a wearable instrument that is triggered by pulling strings out of a retractable custom mechanism. Her body and external mechanism operate together as a unity, expanding the corporeal existence and pursuing a bodily coherence bounded within the solitary entity. The string is the allegory of longing for building a connection, yet the limited length constrained by the body makes the intention of establishing a connection to become an individual action. Searching for the connection, differently, is involved with another entity, an Automaton, in Otayonii’s performance. This automaton, named CC, an innocent child who runs to find the mother during the last day of the world, performs along with Otayonii. CC is not only an inhuman being, aka a robot, but also an externalization of the performer, the representation of the “I”, and a fragmented body image. Echoing Lacan’s Mirror Stage theory, the baby automaton is the reflexivity of the self/performer, and the distance between them is bridging with the sound vibrating in the space. These two performances are more about searching for the identity of self. The longingness of wholeness, rather than achieving through internality, is mediated with external media, which implies an inclination to expand the human body to achieve this goal facing the loneliness and fragility in everyday life.

Emotions on Line
Yihan Chen
10min
Emotions on Line is a wearable instrument that generates sound by pulling strings out of a retractable custom mechanism attached to the performer’s body. The sound has an analog change according to the performer’s body extension. In this way, different people with different body size would play the instrument differently with the unique sound being composed.

Automaton Alive
Lane Shi Otayonii
30min
Automaton Alive took the story and transform it into a performing piece that has the center spotlight of the physical resemblance of the main character “CC”, which is an one-meter-tall automaton, who will be “singing” and “harmonizing” with me, along with body movements and light installation inside the automaton to show the key components in my concept. In the piece sound and the music will run through the whole storyboard, it contains clues to tell the story as it evolves. Sounds and music are played live all by me, similar to the concept of live film scoring. On top of that, projection mapping will be complied to the color expressions in the scenes. In this piece, I am a troubadour, a 3rd narrative telling the story with sounds and voice, later become a chained-soul of the lost generation; “CC” on the other hand, is a future resemblance of myself in the form of another spices, existing on the day of world’s end. And our two identity intertwine when “CC” starts to harmonize with me vocally. 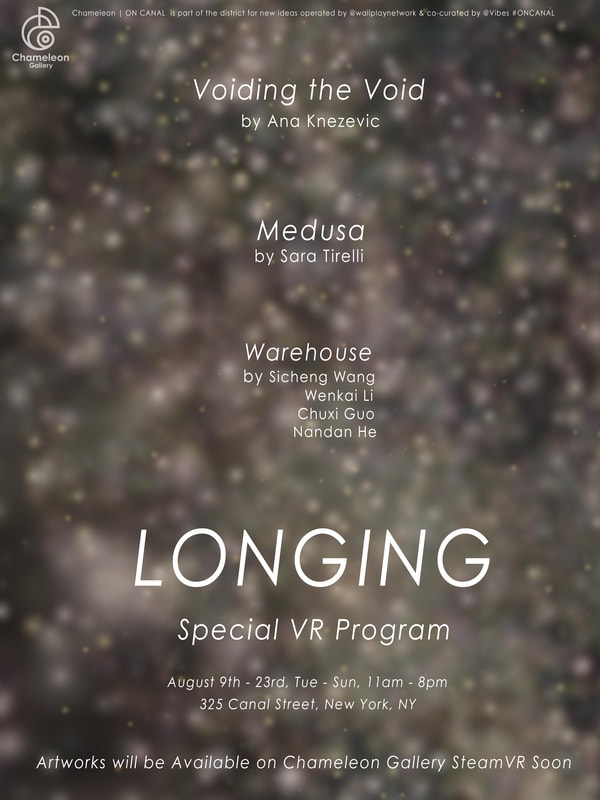